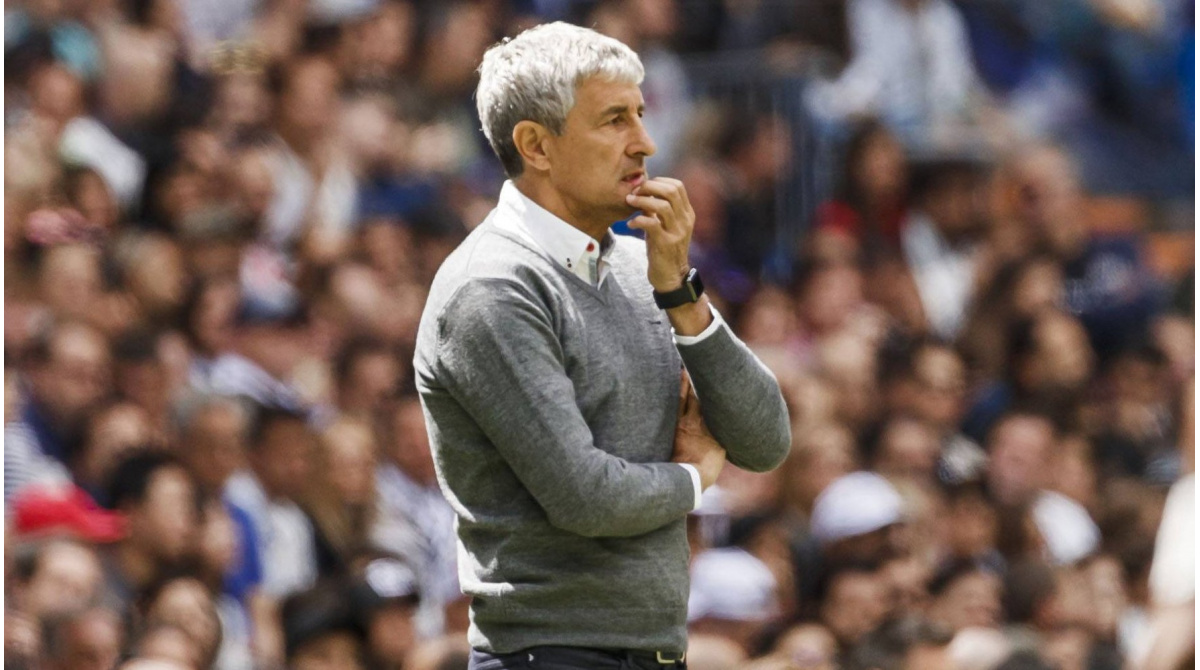 Barcelona boss Ernesto Valverde has been sacked and replaced by Quique Setién (photo) despite the club being top of the LaLiga table. Valverde took training on Monday morning amid intense speculation his time as coach was about to come to an end and his fate was sealed later in the evening. The former Athletic Bilbao and Espanyol manager has guided Barça to LaLiga titles in each of his two full seasons in charge, as well as winning the Copa del Rey and Spanish Super Cup in 2018.

Former Real Betis boss Setién was named as Valverde’s successor soon after, on a contract until June 2022. Barcelona are top of LaLiga on goal difference from Real Madrid, and through to the last 16 of the Champions League after topping their group, but some of their performances under Valverde have fallen short of the club’s usually high standards.

Robson, van Gaal & Co. Barcelona managers in history Click here for overview Barça have suffered embarrassing Champions League exits over the past two years, losing on away goals to Roma in the quarter-finals in 2018 despite winning the first leg 4-1 at the Nou Camp. Last year Barcelona beat Liverpool 3-0 in the first leg of a semi-final on home soil, only to lose the return 4-0 at Anfield. Valverde’s position was brought into further focus following some inconsistent performances from the Catalan outfit, the most recent being last Thursday’s Spanish Super Cup semi-final defeat to Atlético Madrid.

Xavi, currently in charge of Al Sadd, was one of the names who had been touted as a possible replacement for Valverde and the Qatari club’s sporting director Muhammad Ghulam Al Balushi said over the weekend that Nou Camp officials had made an approach for their ex-captain. The 39-year-old former Spain star admits it is a “dream” of his to one day coach Barça, but insisted his focus right now was on Al Sadd.

Xavi made a club-record 769 appearances for Barca from 1999 through to 2015, winning 25 trophies in the process. He subsequently joined Al Sadd, initially as a player before finally retiring in May last year, and then taking over as head coach for this season. Catalonian paper Sport report that there is a clause in Sétien’s contract, which allows both parties to part ways on easier terms after each season, with Xavi’s return to the Spanish giants still a possibility for the summer.