No doubts about Messi staying

FC Barcelona will continue their efforts to resign PSG forward Neymar (27/photo). “As long as he wants to come, we will do everything that we can for him to join us,” club president Javier Bordas told news agency EFE in Colombia. Bordas emphasised that the financial parameters have to be right.

Neymar desperately wanted to leave Paris Saint-Germain last summer to return to his former employers Barcelona. Both clubs were unable to agree a deal before the transfer window closed on September 2, however. In winter, a new attempt could happen, according to Bordas, who was involved in negotiations with PSG before: “We will see. In football everyone can change but Neymar is Neymar.”

The situation surrounding the Brazilian is a “special case”, as Bordas explained: “He is an extraordinary player and wants to come to Barça. He didn’t adapt to Paris, he made a mistake. He said that himself.”

On star forward Lionel Messi (32), who could leave Barcelona for free before his contract runs out in 2021, he said: “I don’t see him at another club. There are only few people, who are more Barcelona than Messi. (…) Messi is Barça. (…) The people are worried because his contract ends, but Messi will stay, because it is Barça. He feels it, he comes from La Masia.”

In addition to Bordas, Neymar’s agent and father also commented on the case and made clear that a transfer is nowhere close to being off the table. “Negotiations between the two clubs are not yet finished,” Neymar senior said. “A Brazilian only wants to be where he is happy and he was very happy in Barcelona. When his friends asked him if he wants to come back, he was moved.”

Neymar senior continued: “As an agent, you feel weak when there’s no structure that allows you to move. There hasn’t been a release clause and that makes it very difficult. We tried to find a point of consensus. We did our best for him.” 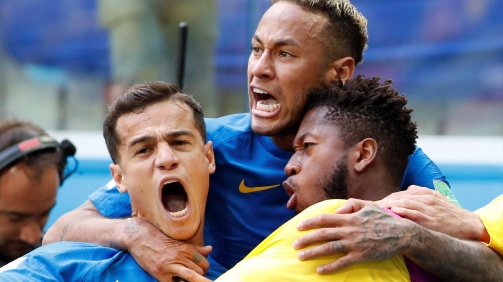